The illustrious Eric Byrd Trio will head back into the studio this July to record their new program of Sacred Jazz Music with famed musicians Terrell Stafford (trumpet) and Tim Warfield (saxophone). 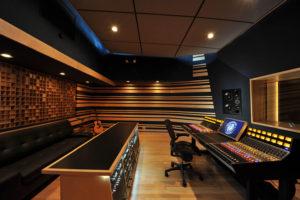 The project will feature 8-10 brand new EBT arrangements of what Byrd calls ‘church songs’.  “Well, this is who I am – who we are and what we’ve become,” Byrd says.  “This new project will not be a departure or brand-new to our fan base.  It is merely an extension of what we’ve been doing for almost 20 years now.”  The original arrangements the Trio has come up with will include titles such as AIN-A THAT GOOD NEWS, CALVARY and I WANT JESUS TO WALK WITH ME.  The tag team of Stafford and Warfield on titles like JOSHUA FIT THE BATTLE OF JERICHO and THERE’S JUST SOMETHING ABOUT THAT NAME (JESUS).

“I still believe in the power of the piano trio; moreover, I very much believe in the power of this Trio as I humbly think Alphonso (drums) and B (bass) are the best in the buisness.  We have just started to truly explore all of our musical and emotional possibilities.  Our recent tour of Chile in February 2017 underscored that for us.  So when we began to think about the new record, I thought about Terrell and Tim as opening up harmonic possibilities.  But this will still be very much a Trio record; we just wanted to explore expansion for a few songs,” replies Byrd.

The plan is to record in July and release it as soon as possible, supporting the project with live shows.

To keep up to date on all things Eric Byrd Trio, go to www.ericbyrdtrio.com for the latest news and information.