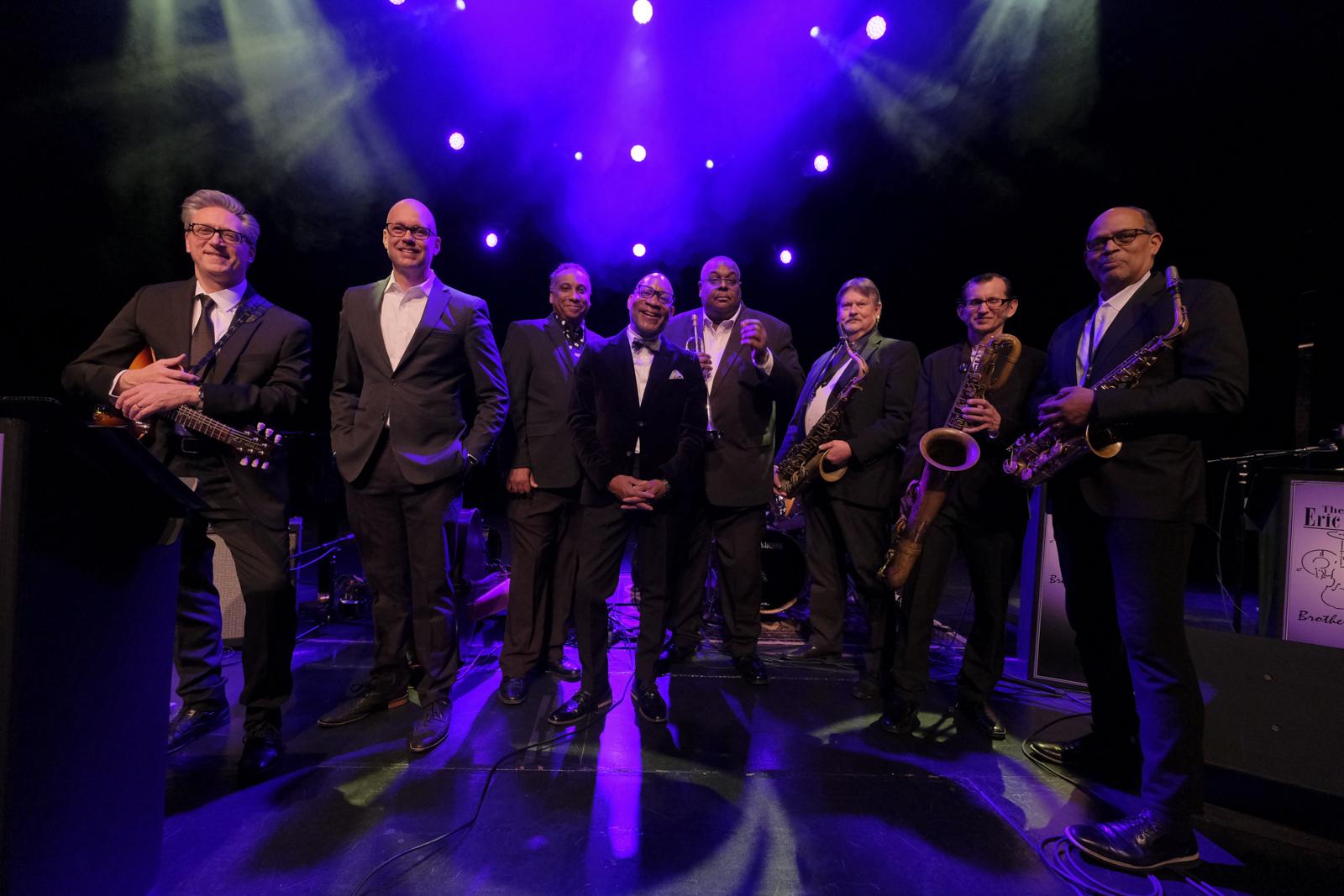 The Eric Byrd Trio: Brother Ray Band (EBT: BRB) has the Trio at its core, augmenting the group with a horn section, a guitarist, and Eric Byrd on vocals.  What originally began as a tribute to the Ray Charles songbook has now taken on a musical life of its own.

This group has recorded not one but two CDs of material.  One of those recordings features the late Chuck Brown, Washington, DC’s “Godfather of Go-Go” music.

EBT: BRB has played many jazz and non-jazz venues throughout the Mid-Atlantic region.  Some concerts included the Hagerstown Blues Festival, Baltimore’s Artscape, the Avalon Theater in Easton, MD, the Bethesda Blues and Jazz Supper Club, the Mid-Atlantic Jazz Festival, and the Baltimore Book Festival to name a few. They have also recorded a series of YouTube videos where fans can see the whole band in action.

While the guitarists and horn section members occasionally fluctuate, they are made up of some of the best musicians in the Mid-Atlantic.  And of course, the band is rooted by The Eric Byrd Trio: EB on piano/vocals, Bhagwan Khalsa on bass and Al Young on drums.